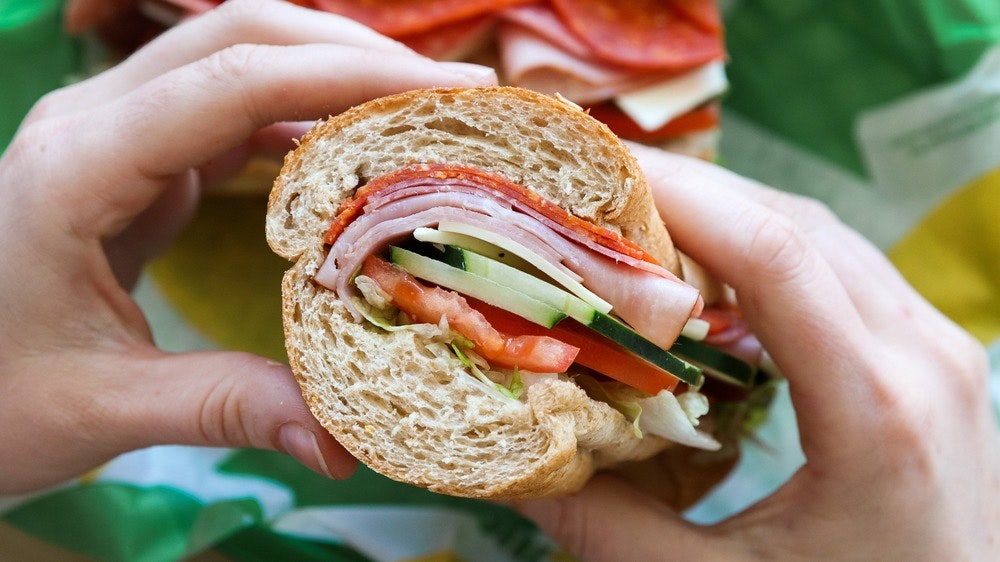 This article was written by guest author Nadina Villacis of Nadina's Kitchen.

Eat Fresh! Sounds familiar right? This is the famous slogan of the Subway sandwich franchise. When you hear “Eat Fresh”, the message is pretty clear - this food is fresh. The Subway franchise has been branding itself as a fresher, healthier choice compared to other fast-food chains for decades.

And it's working. It is estimated that every minute, Subway serves 2,800 subs worldwide. Over the course of a year, that many sandwiches could wrap around the earth six times! With a booming business and wholesome reputation for fresh, family-friendly food, one might think that Subway is a safe bet. But we wouldn't be covering it on Dietetics After Dark without a scandal or two!

In 2000, Subway hired spokesman Jared Fogle to promote their brand. His claim to fame was that he lost 200lbs while eating Subway sandwiches twice a day. He became the Subway mascot by sharing his weight loss journey. To those of us who were raised in the 1990s, he was a cultural icon. The image of him standing next to a pair of jeans twice his size will be seared in our minds forever. 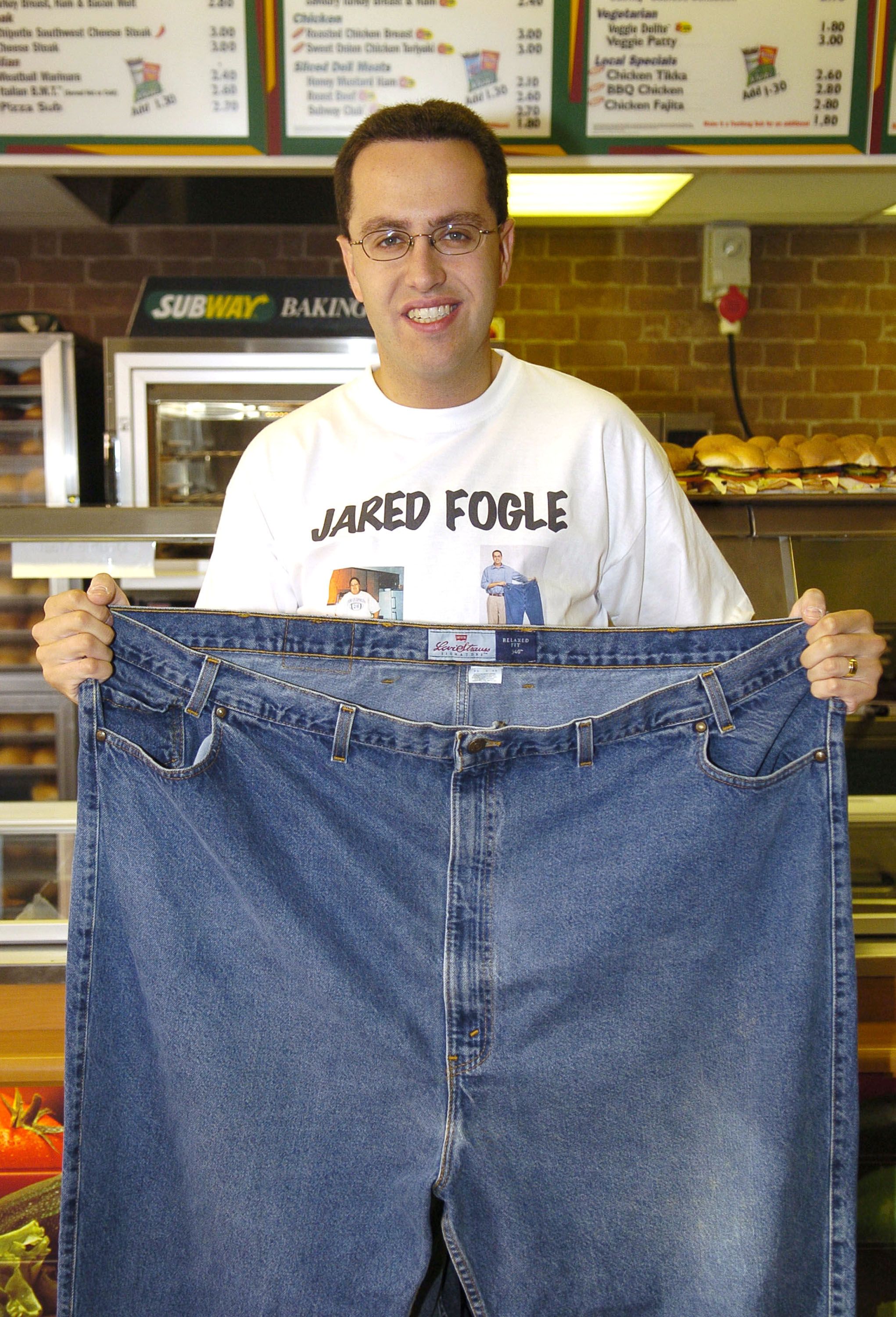 Jared's fall from grace came in 2015 when he was charged and sentenced to 15 years in prison for inappropriate sexual conduct with a minor. As you might expect, having such a scandalous mascot caused a lot of backlash for Subway. The situation worsened when Fogle’s ex-wife filed a lawsuit in Indiana against Subway. She claimed that Subway had known about Fogle’s wayward sexual interests for over a decade. This case was dismissed based on the judge's ruling that there was a “lack of personal jurisdiction” in the case. Fogle remains in prison today, and Subway has severed ties with their former spokesman.

In 2013, an Australian teen posted an image to social media with a Subway footlong sandwich and a measuring tape. The sandwich only met the 11-inch mark on the measuring tape which sparked controversy and led consumers to believe they were being scammed of an inch of bread and toppings. This post went viral, leading to a class-action lawsuit against Subway. This was settled in 2016 when Subway agreed to pay the plaintiffs $525,000 in legal fees and $500 to each of the 10 plaintiffs.

Interestingly, the class appealed after a man named Ted Frank joined their team. Frank is the director of the Competitive Enterprise Institute's Center for Class Action Fairness. He claimed that each Subway bread roll is created with the same ingredients and the same weight of ingredients and that variations in the baking process are normal and unpreventable.

Subway won the appeal, but they were required to add a disclaimer in each restaurant and on their websites that states: "Due to natural variations in the bread baking process, the size and shape of bread may vary". Frank expressed that the plaintiff’s attorneys were likely abusing the class action system for their own personal profit, as the original lawsuit had no real merit.

In 2014, Vani Hari, the blogger who runs The Food Babe blog, started an online petition raising questions about the food additive Azodicarbonamide (ADA). This petition would create shockwaves through the food industry and be ultimately successful in getting ADA removed from Subway bread. But was this a good thing?

Before we get into ADA, let’s dive into some information about Vani Hari. Hari is the founder of Food Babe that advocates for people to be conscious consumers and consume less processed foods, all while promoting her personal brand of “natural” products. Her claims are not based on science and she often uses fear-mongering language. Beyond an academic background in finance, Hari does not have any nutrition science or toxicology qualifications listed on her website. There is even a common logical fallacy called the Food Babe fallacy, which is when an ingredient is declared "bad" or "toxic" because it also has non-food applications, despite being considered safe for human consumption.

In 2014, Hari created this infographic calling for Subway to stop using ADA in their bread. In this infographic, Hari is using false equivalence between eating Subway bread and eating a yoga mat. False equivalence occurs when two subjects are compared based on flawed reasoning. For example, comparing apples and oranges, which both contain vitamin C, does not make them the same. The same is true for Subway’s bread and yoga mats - they both contain ADA, but they are very different products. 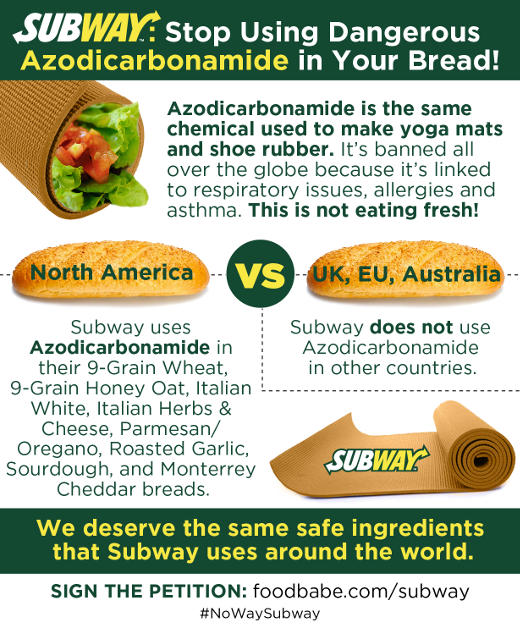 However, Hari's campaign wasn't completely unfounded. ADA is banned in the UK, EU, and Australia. So what exactly is ADA and why is it used in bread here in North America?

ADA is a fine powder often used to bleach flour. It makes the bread whiter, more cohesive, and produces a fluffier loaf. The ability to take on air and improve fluffiness is the reason ADA is also used in yoga mats - it’s a foaming agent for plastics.

There is evidence linking ADA to respiratory reactions like asthma, but the evidence isn’t strong enough to classify ADA as an actual respiratory allergen. This is not the strongest evidence, but it was enough to cause the World Health Organization to conclude that “the risk is uncertain and exposure levels should be limited as much as possible” with regards to inhaling ADA. However, there is no convincing evidence that ADA causes harm after being baked and consumed orally, especially at the minuscule concentrations found in Subway bread. The full fascinating details of the research on ADA and human health can be found in episode 002 of Dietetics After Dark: Food Fear and the Infamous "Yoga Mat" Ingredient.

Despite a lack of evidence that ADA is unsafe when consumed, there was a huge public outcry to eliminate ADA from Subway bread after Vani's campaign. Over 100,000 people signed the Food Babe’s petition. While there was no evidence that Subway exceeded the legal safe limits of ADA in its bread or that anyone had ever been harmed from consuming Subway bread, they did opt to remove ADA from their bread recipe shortly after the public outcry. Public pressure, even when misguided, is a powerful thing.

If you are interested in hearing more details about the Subway scandals listen to this episode of Dietetics After Dark, 002: Food Fear and The Infamous “Yoga Mat” ingredient.

Disclaimer: The information in this podcast is for entertainment and educational purposes only. If you’re interested in medical nutrition therapy or personalized nutrition advice, please talk to a doctor or registered dietitian in your area. This podcast may contain coarse language, mature subject matter, and content of a violent or disturbing nature. Listener discretion is advised. 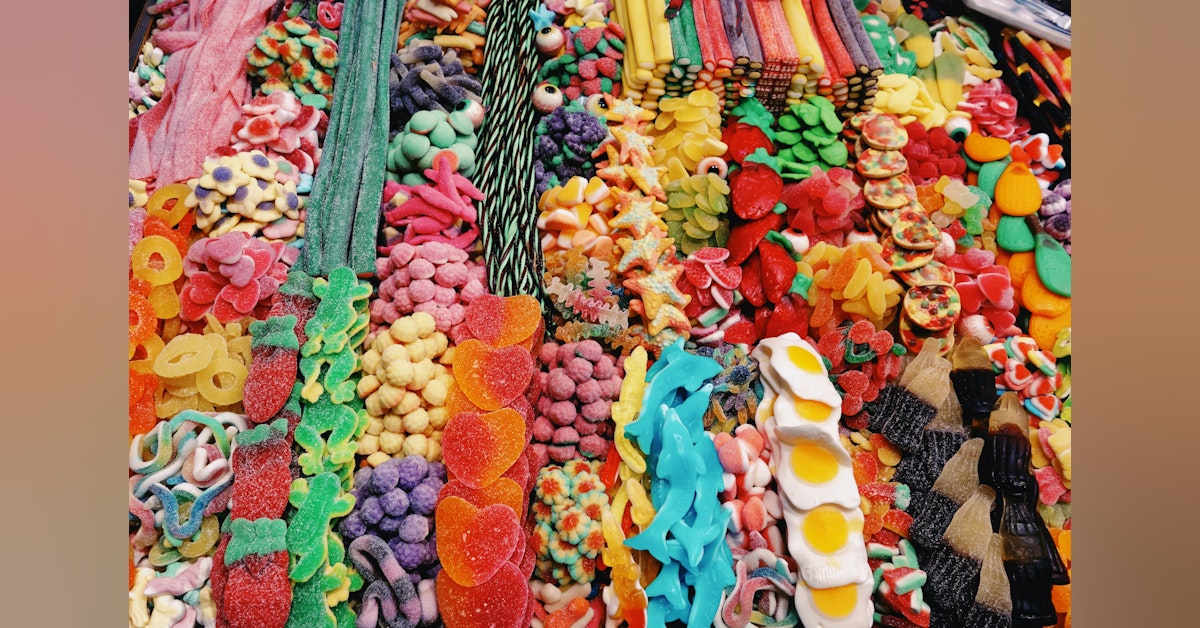 Have you ever wondered why we started to dress children in costumes and send them door-to-door at night to do the one thing we’ve told them never to do: …

Email has been submitted.